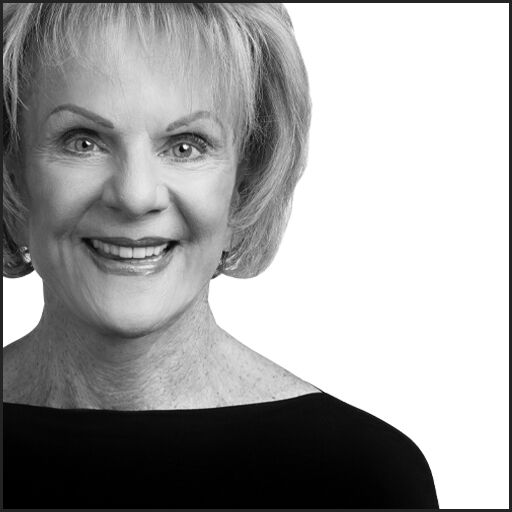 Consent to Contact
I consent to receive marketing content from Chase International and licensed agents within. This includes, but is not limited to, relevant market reports, listing information, newsletters, and event info. Consent can be withdrawn at any time by clicking the "unsubscribe" link contained in any email.

A San Francisco native, Katrine ‘Trinkie’ Watson spent her first seven years in Woodside, California. She lived in San Francisco until her move to Lake Tahoe in 1966. A descendant of the John Breuner family, her California heritage goes back four generations. Watson attended Harker’s School for Girls in Menlo Park, Grant School, Burke’s and Hamlin’s in San Francisco, The Branson School in Ross, Mill’s College, University of Wisconsin and University of California, Berkeley, from which she graduated. Education was very important to her family.

Watson’s business career started as a receptionist with Standard Oil of California at the Bush Street headquarters in San Francisco. She matriculated to the travel department, where she routed auto trips on maps across the country. An opportunity to work for the 1964 Republican Convention took her to Milton Esberg’s Public Relation’s firm, where she worked on fundraisers for San Domenico school in Marin and the Republican Finance Committee for the Republican Ball.

In 1966, returning home from a trip to Aspen and Sun Valley, Idaho, with friends, Watson suggested a stop in Squaw Valley, where she ran into an old friend that had married and just acquired a vacation home there. Negotiating a rental agreement with them for residency to “try it” for a year, she ended up staying.

In 1996, she opened a small Chase office in Tahoe City and added another small office in Homewood; then, in 2001, she combined the two offices into a larger space on West Lake Boulevard near Tahoe City. When Starbucks took up a space in the new Customs House, Watson moved the office there in January 2008. An additional office in the Truckee Hotel was established in 2005 and an office Squaw Valley was added in 2008.

Katrine ‘Trinkie’ Watson, a California and Nevada Regional Lake Tahoe Broker®, was the 1995 President of the Incline Village Board of Realtors®. In 1996, she was selected Realtor® of the Year in Incline Village, and she was 1997 President of the Tahoe Sierra Multiple Listing Service. In the real estate business for 44 years, she is a resource for fine residential properties in and around the Lake Tahoe Basin. Trinkie graduated with a BA from the University of California, Berkeley, and is a believer in continuing education in her profession.

Thank you for your inquiry.